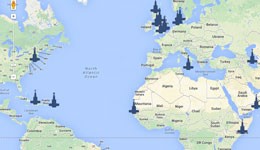 Corilla Marine manufacture and supply a range of rotationally moulded navigation buoys designed to offer a wealth of advantages over both comparative steel versions and alternative plastic designs. The current range of buoys is a culmination of more than 20 years design, engineering, manufacturing and deployment experience.

The principle differentiating design feature of the Corilla Marine buoys is the inclusion of a ‘skirt’ as part of the core structure. The skirt, in its simplest form, is a steel cylinder open at one end. The open end of the cylinder forms the base of the buoy and is the part that meets the water first. The hollow cylinder fills with water which is then trapped, creating a built in dampening effect and providing incredible stability.

Our buoys have been involved in a number of stability trials and have performed exceptionally well. A trial carried out in Strathclyde University’s Test Tank Facility in Glasgow proved that a skirt significantly limited the roll angle of our 3m buoy.

A separate trial was carried out by the Trinity House Lighthouse Service in 2006/7 to find a suitable polyethylene replacement for their aging fleet of steel Class 2 buoys. The trial was conducted in the Thames Estuary and concluded that the Corilla buoys have exceptional stability thanks to the integral skirt.

While the principal reason for the skirt design was to act as a dampener thereby replacing the more common tail tube design, the secondary benefits of the design are considerable.

Thanks to the level base provided by the skirt, buoys can be stored and transported upright ready to deploy. They therefore require considerably less deck space than traditional tube tail buoys, which have to be lashed down at angle or have their tails fitted at sea, adding time and complication to a deployment and potentially making it impossible in rough seas.

Additionally, and in stark comparison to steel buoys, the lightweight construction material used in rotationally moulded buoys makes deployment considerably more straightforward. While a plastic buoy might weigh two tonnes, an equivalent steel buoy will be upwards of eight tonnes. As such the service boat deploying the buoy can be much smaller offering considerable cost savings.

Equally, maintenance costs are greatly reduced with plastic buoys. Service vessels are much smaller than those required for steel buoys and a lot of maintenance can be carried out at sea or on deck. That includes cleaning, plastic welding and even replacing components thanks to the modular, bolt together design employed by Corilla.

The lighter weight of plastic buoys allows for smaller mooring chains and lighter sinker weights meaning reduced deployment costs. Plus with no metal components and stable UV colouring to IALA specifications there is no need for painting. When metal buoys require maintenance that can’t be carried out at sea, then ‘spare’ replacements must be deployed in their place adding substantial hire or purchase costs.

Customer feedback over a five year period demonstrated a saving of £4,500 per buoy on a deployment of 25 Corilla buoys compared to their steel counterparts. That’s a total of £112,500 over five years.

Given that the express purpose for navigation buoys is to ensure waterways are safe, Corilla navigation buoys are designed to stay afloat and to keep the critical components functioning properly.

Crucial to this is the foam used to fill the float collars which provide the floatation required. Some manufacturers use expanded polystyrene beads which are heated with steam to bond them together. However if the hull of this kind of buoy is breached, sea water will eventually  cause the balls to break loose and float away. Not only does this have obvious environmental implications but will eventually cause the float to fill with water and sink.

To counter this problem, Corilla Marine uses marine grade closed cell polyurethane foam to fill our floats. This material is hydrophobic and actually repels water. If the plastic is damaged, even severely, the Corilla Marine buoy will remain afloat with no risk of sinking. A prime example of this is a 1250 Corilla Marine buoy in Antigua. Shortly after deployment it was run over by a 50ft motor cruiser and the propeller badly damaged the hull and service exchange tower of the buoy, slicing into both components in several places. Ten years later the buoy remains afloat and totally serviceable despite the damage sustained.

In situations where components do fail, rapid repair is vital to the continued safety of the waterway where the buoy is deployed. Recognising this to be a critical requirement, Corilla buoys are designed to be modular, allowing for the straightforward replacement of parts. The modularity of design means this can happen while the buoy is at sea and is often little more than removing and replacing a small number of bolts to replace a component and effect the repair.